Over the years, running this blog and beforehand, I have stumbled across, sometimes sort out and watched some pretty messed up examples of modern cinema.  The world as we know it can be pretty freaky and strange, and the movie industry is a place where some directors like to explore the darker realms of story-telling.  Below are just a few of the most powerfully disturbing movies I have seen, some of which have had a lingering affect on me as a movie fan.  So take a trip with me into the heart of darkness and into some movies that are certainly not for everyone … simply put, approach these with a great amount of caution.

Takeshi Miik’s simple story (on the surface) of a world weary film maker in search of his ideal bride; jaded from the usual dating scene he chooses to hold a series of auditions for a role that does not exist.  Suffice to say the seemingly gentile woman he finds hides a much more sadistic side to her personality.

Most disturbing moment:  the man in the cloth sack.

Based apparently on a true story of a restaurant owner who murders his family then serves them up as ingredients in his pork buns – is one of the most notorious Category III movies in Hong Kong.  Anthony Wong, no stranger to powerful roles plays the main character and is in some of the most graphically violent scenes I’ve ever seen.  Most shocking is the slightly comical tone, which makes events all the more difficult to tolerate.

Most disturbing moment:  a family gets massacred.

Clever in structure it may be, as it is told in reverse, starting with the end credits before proceeding to a nightclub murder and leading up to (or flashing back to…) a brutally drawn out rape scene.  Vincent Cassel and Monica Bellucci headline the cast in this stylish but utterly harrowing story of revenge.

Alan Clark’s unflinching take on British boys borstal life made a name out of a teenage Ray Winston, but it’s no holds barred tone and graphic violence makes it notorious.  In some ways it can be seen as a cool hard-core brit flick, but has a horrible warning message for young offenders everywhere.

Most disturbing moment:  rape in a greenhouse.

A British horror in an unconventional sense has a young couple visiting their favourite secret getaway by a secluded lake – until a group of delinquent youths choose to crash the party.  Harrowing because from a British point of view, these type of youths exist on housing estates, in run down districts etc … and it’s a scary thought that if coming into their territory you may just be fighting for survival.  Violent and shockingly believable.

Most disturbing moment:  setting the boy on fire.

I have spoken about this notorious French horror before, but it remains one of the most difficult to sit through movies of all time.  Two girls seeking revenge stumble upon a cult hell bent on discovering evidence of the after life, by pushing their victims to near death through prolonged torture and martyrdom.

A woman (Emily Browning) struggling to pay her way through college takes a job as a hostess at an exclusive gentleman’s club.  However when she is there she is told she will be drugged and go to sleep in a bed, and when she wakes the morning after, she will be paid … but isn’t aloud to ask what happens in between.  Weird, freaky and utterly unpleasant.

Most disturbing moment:  the old man shouting obscenities to an unconscious, naked girl.

The first part of Park Chan-wook’s acclaimed vengeance trilogy, this tells the story of a deaf and dumb guy trying to raise money for his sister’s kidney operation.  However his terrorist girlfriend talks him into kidnapping a wealthy business man’s daughter in order to get a ransom.  Things go from bad to worse and well, vengeance is seeked not just from the business man but also the deaf guy in a movie of powerful acting and even more powerful violence.

Most disturbing moment:  torture by electricity.

A family’s idyllic holiday is interrupted by two seemingly nice guys who stop by to borrow a cup of sugar – then  subject the family to a series of humiliating and cruel ‘games’ at gunpoint.  Director Michael Haneke’s powerful movie was remade under the same name in America and starred Naomi Watts.

Henry: Portrait of a Serial Killer

Made a name for it’s star Michael Rooker and is a powerful interpretation of the real life crimes of killer Henry Lee Lucas.  Along with his friend Otis, Henry goes on a series of murders, until after a while their fun is interrupted by the arrival of Otis’ trailer-trash sister.  Suffice to say this serial killing duo don’t take too kind to company.  Brutal, very realistic and all the more disturbing for it.

So there you have it.  Movies that span the gamut of shocking, violent and powerful.  Some are classic examples of extreme cinema at it’s best (Martyrs, Sympathy…) and some are just plain horrible (Sleeping Beauty).  I would say if you are at all squeamish or some movies can play on your mind, then avoid the list above … but if like me you like to test yourself, see what is out there, then, still with a degree of caution … the movies above leave their mark regardless of your bravery.  You have been warned.

Thought I would express on here my love of foreign cinema, and although I don’t get to watch as much as I would like, there have been some real gems over the years.  It is sad whenever I mention foreign (or world) cinema to anyone who isn’t exactly a cinefile, they immediately say ‘Is it subtitled?’ to which my answer is normally ‘yes’ and their reaction is to be instantly put off.  It makes me sad.  However if such things don’t bother you all that much, then the list below has some good titles to check out… 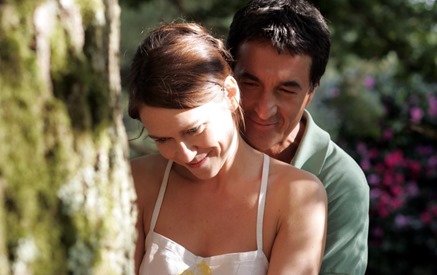 Based on the novel by Harlan Coben this mystery thriller follows the story of a Doctor mourning the death of his wife, who one day contacts him via email.  A great cat and mouse whodunit with ruthless villains and a storyline that keeps you guessing to the end.  A great on foot chase and superb use of U2’s ‘With Or Without You’.

Discovered this during my ‘have to watch everything Hong Kong related’ phase back in the 90’s.  Yet in complete contrast to the John Woo action movies I had become addicted to, this was a sweet love story about different people and how their lives have an effect on one another.  Beautifully filmed by cinematographer Christopher Doyle to clever, multi-layered direction by Wong Kar Wai. 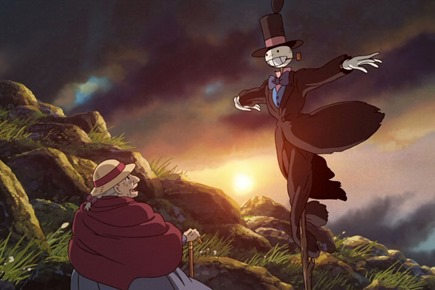 Hayao Miyazaki … surely no need for explanation here.  I think this magical, highly imaginative fantasy based on the children’s book by Diana Wynne Jones and with glorious hand-drawn animation … is a joy.  I may even go as far as saying it’s my favourite Studio Ghibli movie, with a little less Japanese oddness compared to the more famed Spirited Away. 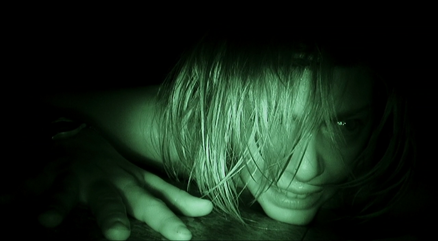 Stop reading this if you have seen the lacklustre remake ‘Quarantine’ starring that woman out of Dexter … this is a majorly scary, hand-held camera / found footage horror in the style of The Blair Witch Project but so much better.  Superb, fast-paced direction from Jaume Balagueró & Paco Plaza – the sequel is pretty awesome too.

The second movie I had seen by acclaimed director Park Chan-wook (Oldboy, Stoker), and making up the first part of his famed ‘vengeance trilogy’.  This harrowing tale of human organ trafficking, revenge and a deaf & dumb protagonist trying to save the life of his ill sister, is raw, very violent and powerful.  Made me think a lot afterwards about right and wrong etc.

The Girl With The Dragon Tattoo

Kind of an obvious one and in my opinion superior to the recent remake and also its two sequels.  A mystery involving a missing woman, a cool computer hacker with a troubled past and a disgraced journalist.  Excellent, career making turn from the wonderful Noomi Rapace.

Let The Right One In

Based on the controversial novel by John Ajvide Lindqvist and with superb, understated direction from Tomas Alfredson (Tinker Tailor Soldier Spy), another that is superior to the remake and with a touching love story at it’s heart between two lost souls.  One of the finest horror movies of the last decade.

The movie that put famed action director John Woo on the map.  Chow Yun Fat as a charming hitman who accidentally blinds a singer in a club during a hit.  Danny Lee is the tough cop out to catch him but discovers more than he expected.  Superb action sequences with Woo’s trademark slow-motion gunplay, and a touching story of guilt and redemption that went on to shape much of Woo’s career.

One of my all time favourite foreign movies.  A tale of free-spirited Betty and her struggling-writer boyfriend during a wild road trip.  It’s French, its full of sex and nudity and became a cult favourite during the late eighties.  Béatrice Dalle is magnificent and extremely sexy in the lead role.

Guilermo Del Toro may be more known overseas as the man behind the Hellboy movies, but on his own turf he makes intelligent, often hauntingly beautiful movies most notably this acclaimed fantasy that crosses real world horrors of civil war with the imaginary world of a girl’s imagination.  Beautiful imagery, great special effects and strong performances makes this a true classic.

If you’re one of the crowd that just don’t do movies in a foreign language, can’t abide subtitles etc … I really urge you to give at least one of the titles above a day in court.  World Cinema can be braver, more daring and just as well made as anything from the states.

Those more than familiar with these types of movies … what are some of your favourites?  Any recommendations?  Leave your comments below…