I don’t normally agree with remakes of foreign movies, but in the case of this much-anticipated American adaptation, I have a major reason to make an exception … David Fincher.  Arguably one of the best directors of the moment, who has crafted some of the finest movies of the last ten years of so, namely Seven, Zodiac and Fight Club.  Newcomer Rooney Mara takes on the role of Lisbeth Salander, a computer hacker for hire who gets involved with disgraced magazine journalist Mikael Blomkvist (Daniel Craig) when he is hired to investigate a 40 year mystery by an ageing business tycoon (Christopher Plummer).  Blomkvist soon discovers he’s been given the job of piecing together the clues revolving around the disappearance and suspected murder of the tycoon’s niece, Harriet, and subsequently uncovers the shady dealings and murky past of a wealthy but complex family. 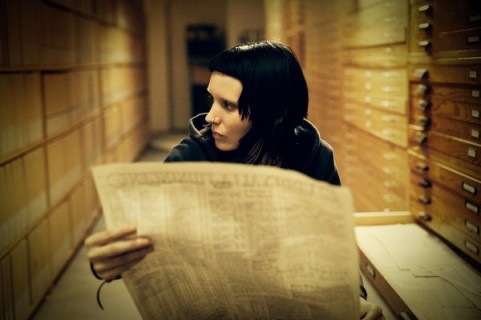 Fincher’s adaptation of the acclaimed novel by the late Stieg Larsson, and the first part of the famed ‘millennium trilogy’ that also comprises The Girl Who Played With Fire and The Girl Who Kicked The Hornets Nest, seems faithful not only to the book but also to the Swedish movie of the same name that made a cult star out of actress Noomi Rapace.  For me having seen both versions, I found this the hardest to follow.  Set like the book and the other movie in Sweden and with the same character names, locations etc, I think the Swedish version actually benefits from being subtitled, and many of the places, names and little details come across clearer when you’re seeing them printed at the bottom of the screen.  This of course doesn’t help Fincher’s movie as the strong accents and foreign names are harder to grasp when hearing them as opposed to reading them.  This version also differs in several key areas, such as how Blomkvist and Salander finally get to work together, how Salander’s mother isn’t even featured, but replaced by a stronger focus on her former ‘guardian’, and the ending is changed significantly, proving much less satisfying.  It puzzled me why Fincher made these changes, but having not read the book, I can’t say which movie is the most faithful.  Performances-wise Rooney Mara is excellent as Lisbeth and every bit as tough and complex as Noomi Rapace was, even if I felt I warmed to Rapace’s performance quicker.  Daniel Craig however, although likable brings nothing that Michael Nyqvist didn’t achieve back in 2009, failing to stamp his own identity on the character.

To conclude this is a fascinating effort from David Fincher who brings plenty of style and his usual attention to detail to proceedings, even if for a film-maker of his calibre, I was left wanting.  Considering the hype of the books or the acclaim of the Swedish movie, this should have been the definitive version … but for me, just felt competent rather than truly blowing me away.  Yet there is still enough here to make me wonder just what we’ll get with the two proposed sequels, which I’m already guessing could turn out superior.

Incidentally, a post on the blog ProdigalFilmStudent has compared both movie adaptations, which makes for fascinating reading, but as can be expected, is spoilerifick.

So we come to the final installment in the much acclaimed and iconic adaptation of Stieg Larsson’s Millennium Trilogy, where following the dramatic conclusion of The Girl Who Played With Fire, we find Lisbeth Salander recovering in hospital under Police observation awaiting trial for the attempted murder of her Father.  At the same time hot-shot Journalist Mikael Blomkvist (the excellent Michael Nyqvist) is gathering evidence to clear her name.  To say I was looking forward to this is an understatement, and although I had my reservations about the last movie, it still kept me gripped enough for me to want to find out what happens next. 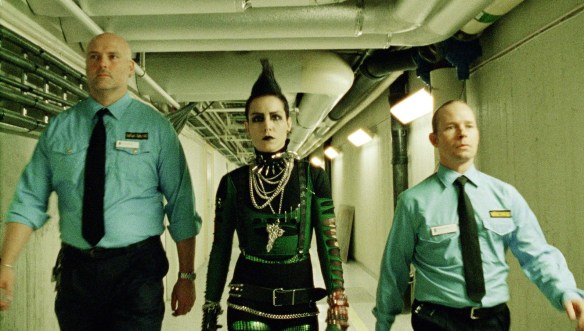 END_OF_DOCUMENT_TOKEN_TO_BE_REPLACED

This is the time of year when many of my viewing habits are of movies I missed out on seeing the previous year.  You can expect reviews of some of the summer blockbusters and lesser known releases of 2010, amongst new cinema releases.  This is one reason why an end of year top ten usually comprises of movies older than that year.  Something that has been of much deliberation to me lately considering that originally I had placed 21 Grams as my movie of the year, then thought better of it considering its age.  Yet that means classic movies such as The Sound Of Music will never qualify.  But you must have rules or else such an end of year list will have no comparison to other people’s end of year lists.

Anyway I digress.  In the coming months there are many movies I am looking forward to seeing, be it at the cinema or more than likely on Blu-ray.  Of the movies that have got me most excited, Zack Snyder’s ballistic looking Sucker Punch is much-anticipated.  Scantily clad babes with guns & samurai swords in a fantasy action adventure?  Where do I sign?  Also David Fincher’s adaptation of Stieg Larsson’s The Girl With The Dragon Tattoo is one of those movie’s that just can’t fail – especially with Fincher at the helm.  Wes Craven returns with the unexpected but no less appreciated Scream 4, a franchise I recall loving to bits, and hell, aren’t we in need of a clever-ass slasher movie after all the countless remakes we’ve endured?  Consider my seat booked.  It also has to be said, the Harrison Ford / Daniel Craig vehicle Cowboys and Aliens looks heaps of fun, and with Iron Man director John Favreau at the helm, all the ingredients are in place.

Movies I’m less looking forward to but could be worth seeing none the less are Cars 2, which knowing Pixar will be entertaining and look the biz, and this time with a secret agent storyline, may well be more interesting than the fish out of water plot previously.  Having not seen the last Pirates movie, At Worlds End I wont be rushing to see the new Pirates of the Caribbean: On Stranger Tides until I have got myself up to date – but the trailer does look like it will be great entertainment.  Also Kung Fu Panda 2 is fairly assured entertainment even if it’ll be on the back burner compared to a few of the other big hitters.  Oh and the idea of Transformers: Dark of the Moon fills me with dread after the mostly abysmal last movie, but then again the first Transformers in my opinion was superb, so it could go either way.

To conclude though, 2011 looks like being a great year for the movie industry with some great looking stuff coming our way.  Colour me excited!!

Continuing my look back on the movies that have most impressed me during 2010, we now proceed with the last two quarters of the year.  With the summer blockbuster season in full swing, I still found time to discover smaller, but no less satisfying movies…

END_OF_DOCUMENT_TOKEN_TO_BE_REPLACED

I was certainly a big fan of the last movie, The Girl With The Dragon Tattoo, the first part of Stieg Larsson’s acclaimed Millennium Trilogy, which introduced me to a new iconic female hero in the shape of tragic, gothic computer hacker Lisbeth Salander (Noomi Rapace).  That movie’s plot involving the disappearance of a girl only hinted at the dark past of Lisbeth.  However this follow-up, involving an investigation into sex trafficking, exposes much more of what makes Lisbeth tick, and is therefore more revealing when it comes to her character.