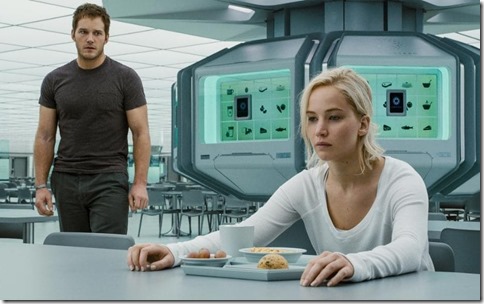 You can’t accuse Disney of not trying new things these days…after the rather inspired idea of a video games homage in Wreck It Ralph we come to this somewhat Japanese anime inspired story following a young kid who yearns to follow in his elder brother’s footsteps and go to science school.  He also so happens to be a genius at robotics.  However following a disastrous turn of events said kid, Hiro finds himself befriending his brother’s invention instead and seeking out the answers to a mysterious accident at the local university. 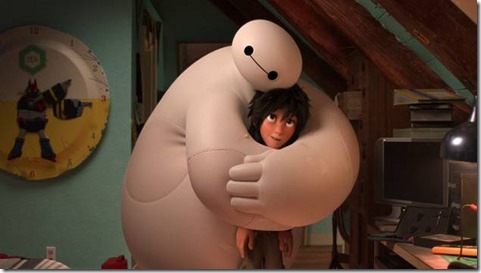 At first I wasn’t really sure where this one was going, it felt like a weird mix of things and it’s tone was uneven.  Not helped by a cast of supporting characters that either ticked all the clichés or were otherwise forgettable.  Yes, we have the cool outsider girl, the bookworm, the stoner (!) and the token black guy.  Yet it’s the friendship between Hiro and Baymax, his brother’s robotic inflatable nurse (not as sleazy as that sounds…) that makes for the heart of the movie, and even plot developments that turn the whole show into The Avengers meets Power Rangers don’t detract from what turns out to be rather emotional and feel good.  Despite a quasi-future setting (in San Francisco – you know, where ALL movies are now set), the inventions by these kids seems so amazing and powerful that they defy logic.  But this is a Disney movie so I’m guessing believability goes out of the window?  This can’t excuse however a villainous plot that’s rather thrown together with a twist that just felt like it had been sneaked in by the writing room cleaning lady last minute.

Which is all a shame as aesthetically and script-wise this often shines.  There’s some stand-out action scenes in the final act, and the in-jokes and banter between the characters got pretty funny.  Baymax is a brilliant creation, part tech-demo for the animation gurus and also a really likeable presence.  So another Disney to check out, if not quite as essential as some of their other movies.

Simply, a single image made me want to see this.  A girl’s pretty face but with a transparent neck where a mechanical bone structure and wires were visible within.  I love science fiction, but there’s been too many movies that have just been throwaway pop corn fluff with sci-fi wrapping that haven’t really got me thinking about the possibilities of technology and what it could mean for our future.  Thankfully this is one such film that really massaged my imagination. 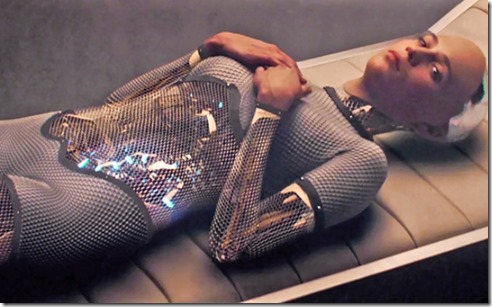 Caleb (Domnhall Gleeson)  is a coder at a renowned internet company (think: Google) who wins the chance to spend a week at the home of the company’s reclusive CEO and discover just what he’s been working on behind closed doors.  Once there he meets Nathan (Oscar Isaac), who soon tells him he will be involved in a series of tests with an artificial intelligence called ‘Ava’.

I loved this premise, a single albeit beautifully high-tech (homes of the future) setting and three characters all very different and complex.  Ava, played by the exquisite Alicia Vikander is a revelation – human but subtly artificial, brought to life by not only Alicia’s vulnerably sexy and nuanced performance but also a ground-breaking special effect – she really does look like half girl / half machine with a stunning design with transparent arms, legs and stomach etc.  It harks back to I-Robot with a hint of ‘Hal’ out of 2001 A Space Odyssey and even Hayley Joel Osmet’s performance in A.I.  I loved every moment she was on screen.  Domnhall’s Caleb is equally complex and fascinating, the kid in the candy store but unaware of just what he’s getting himself into … should he find Ava attractive?  Should he really befriend her?  What will the tests all mean for her eventually?  Isaac’s Nathan is less appealing however – a drunken, somewhat clichéd ‘damaged’ genius who clearly is a bit of a bastard, but his presence still fills the movie with an uncertainty, beings as he’s the only one who really knows what’s going on.

I was puzzled by Caleb’s lack of amazement on first seeing Ava … his reaction to such a technological achievement more ‘ok, that’s cool’ – like he sees such like every day.  I’d have also liked to learn more about him too, apart from his parents being in a car crash – what made him really tick?  Nathan is also a pretty blank canvas.  So that leaves Ava, who thankfully doesn’t need a back story – she’s a robot after all, but probably the strongest light in this very different and at time freaky movie.  As a directing debut this is a bold and gripping story from Alex Garland (28 Days Later, Dredd) and shows he’s a voice (and visionary) to really take note of … who has probably delivered one of the best true science fiction tales we’ve seen in a long time.

Yes I had my reservations going into this.  Remakes… will Hollywood ever just leave things alone?  But I digress.  This new version of the 1987 classic action-thriller stars relative unknown Joel Kinnaman as ill-fated gutsy cop Alex Murphy hot on the heels of a drug kingpin.  Yet after disaster strikes, leaving him in critical condition, the shady robotics company Omnicorp come up with the idea of turning him into their new machine on the Detroit mean streets … that’s right, RoboCop! 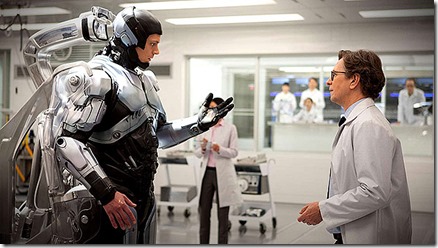 Michael Keaton (yes…Michael Keaton!) plays a business man who following a law prohibiting machines being aloud to enforce the law on U.S. soil, turns to a scientist (Gary Oldman) who may just be able to put a friendly face to his master plan.  Co-starring Jackie Earle Haley as a weapons tech guy whose a bit of a nutter himself, and the delectable Abbie Cornish (Sucker Punch) as Murphy’s wife – this has some good star appeal.  With a more family-friendly rating we’re not going to get the hardcore bloodshed of the original (and it tells) but this does go for a very different flavour, focusing more of the Murphy attempting to hold onto who he is (or was) rather than the sleaze and excess of the Paul Verheoven movie.

Action is fairly frequent, with some decent effects (the robots look great) even if the training, testing and development of RoboCop seems to go on forever.  Also the lead bad guy is a no-name charisma-free presence that can’t hold a candle to Kurtwood Smith’s Clarence Bodikker.  Thankfully then, the movie chooses to focus more on OmniCorp and the morality than the drug dealers.

When switching off from the original this can be enjoyed quite easily on its own merits as a slick, imaginative and fun experience, filled with good performances (even Kinnaman in a tricky role) and some star names (Samuel L. Jackson crops up as a media guru – even if he’s not exactly stretched).

Likable, lightweight but worth seeing.  Definitely in a lower league, but a nice tribute all the same.

I just finished watching the final episode of what was one of my favourite TV shows, namely NBC’s much maligned HEROES.  Now I have written on here before about my severe disappointment with the news that it had been cancelled, and that we will not be getting a fifth season.  So now having watched the last episode, I admit to feeling quite sad to see it go. 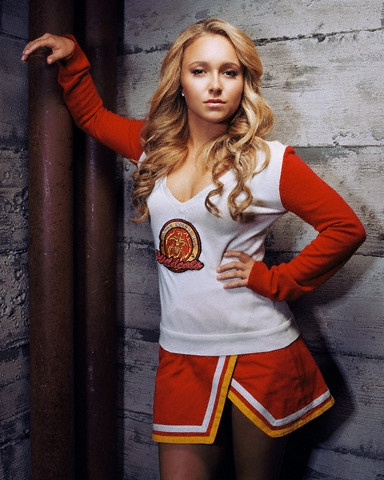