Well having played through a fair portion of this so far since picking it up last Friday, I can safely report that its an atmospheric, creepy and action-packed follow up to an already above average shooter.  The blend of Jap-horror influenced scares with intelligent combat and an impressive array of locations with excellent lighting & partical effects – this is easily up there with Half-Life 2 and Call Of Duty 4 when it comes to the best shooters on 360. 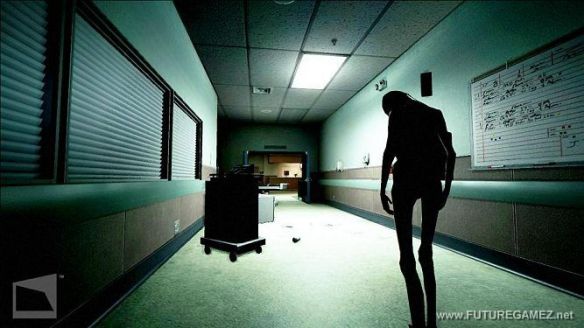 The use of slow motion and a good variety of weapons make every fire fight unique and thrilling, as the intelligent enemies try to out smart you, dodge bullets and take cover behind scenery (even creating their own cover by tipping over tables or pushing over cabinets).  This is well paced and consistant entertainment, which may at first seem a trifle easy even on the hardest setting, but soon begins to throw up some serious competition as you progress.

The multiplayer I have only touched on, but it seems to offer plenty of modes and some good levels to blast away in.  As a horror-shooter it seems to deliver an unnerving atmoshere but never gets under your skin like Dead Space or the earlier Silent Hill’s did – but then with combat so lavishly done, thats a small price to pay.

At the end of this week I hope to be in gaming heaven with the long awaited release of F.E.A.R. 2: Project Origin.  After a hiatus of playing games following the XMAS gaming boom where I completed both Gears Of War 2, Mirrors Edge, played a fair bit of Far Cry 2 (which is a great game regardless), I now intend (touch wood) to get back into some hardcore gaming, what with the imminent release of Resident Evil 5 in March, and I must add, have played the demo (download it now!!) and it kicks all sorts of ass.  Familiar yes, but still tha-shit.

So look out for opinions on both games in the coming weeks.

After a good 12 months of stellar shooters on 360 (Half-Life 2: The Orange Box, Bioshock, Call of Duty 4) I await the arrival of what may just be THE next brilliant First Person Shooter on the market.

Project Origin is the follow up to the acclaimed horror / shooter F.E.A.R. and although developer Monolith no longer have the rights to use the F.E.A.R. name (so no F.E.A.R. 2) what we have is a promising looking continuation of the seminal blaster that fused stylish slow-mo gun battles and Japanese horror influenced shocks to brilliant effect.