The attacks on the World Trade Centre in 2001, still shake and disturb me, even now 20 years later. Several movies exploring what happened on that day have come out since, and this latest offers a look at an aspect that’s not as well known … that being the unenviable task of offering compensation to the relatives and families of those that lost their lives.

Michael Keaton stars as the lawyer who takes it upon himself to head up such a massive task. The movie, based on true events tries to explore what price you put on someone’s life, and is that effected by their status, from a company CEO to a cleaner, for example. This was fascinating and is held up by several decent performances, most notable Keaton but also Stanley Tucci.

For such a drawn out case, the movie remained interesting. It doesn’t go that nitty gritty into the attacks themselves, and the breadth of the tragedy is kind of glossed over. However focusing on only certain people and their stories was a wise move and at times proved powerful. It does drag a bit towards the end, whilst conveying the struggle to convince the public to back the compensation fund’s plans. Overall though, a very interesting drama that’s well acted and done with sensitivity.

Of all the super-heroes, ol’ Spidy has had some trouble finding sure footing in recent years and for me, there hasn’t been a decent Spidy movie since the second Toby Maguire entry.  However after an enjoyable (if unnecessary) cameo in Captain America: Civil War, the web-slinger has returned in probably one his best received movies since the Sam Raimi directed original. 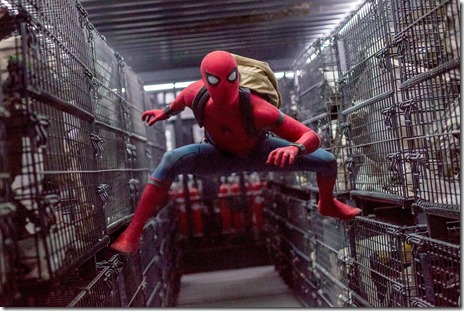 Peter Parker (Tom Holland) is under the watchful eye of billionaire Tony Stark (Robert Downey Jr) aka Iron-Man and so wants to be an official part of The Avengers, not just someone you call on when you’re in a bit of a fix.  So he’s out to prove himself after he witnesses some advanced, out of this world (literally) weapon technology being used by petty thugs.  Turns out there’s a ruthless arms dealer in town who dresses like a robotic vulture.

There’s several things that don’t sit right with me here.  Firstly the constant bumbling, representation of such a beloved character grates after a while, and then his characterisation, without an origin tale or any personal tragedy, is wafer-thin and not something to get all-that caught up in.  Same goes for Michael Keaton’s Vulture, a rather pathetic former salvage worker annoyed by being put out of work by Tony Stark’s bank-rolled clean-up crew following the events of the first Avengers movie, who decides to steal alien technology so to become an arms dealer.  There’s no personal tragedy other than the inconvenience of having to find work elsewhere, and therefore little reason behind what he’s doing other than greed and being a bit of a psychopath.  So what else do we get?  Holland is likeable and well cast as Parker/Spidy, and Keaton is also good despite limited material.  We also get some decent action, including a great sequence at the Washington Monument, and some support characters are fun.  Yet overall this greatly lacks depth and feels like a pilot for a TV show or the opening chapter of a bigger, better story.  I’m guessing that’s the idea … so bring on the inevitable, superior sequel!  After two reboots of ‘meh’ quality however, it’d take something special to get me back on-board.

It has to be said, those little yellow guys from the Despicable Me movies have become a runaway merchandising goldmine, and so following their slapstick pratfalls in those two highly entertaining outings … getting their own movie was an obvious no brainer.

Kevin, Bob and Stuart are members of a tribe of ‘minions’; peculiar little guys born to serve an evil villain.  However after centuries of missteps and blunders in search of their perfect leader, the three friends are given the task of setting off on a journey to track down famed super villain Scarlett Overkill, who just so happens to be attending a villain convention in Orlando.

It’s silly stuff no doubt, but packed with energy and plenty of in-jokes and site gags.  The minions are endlessly appealing and watching them get into scrapes is a lot of fun.  One stand out chase involving The Queen and The Crown Jewels is hilariously gripping.  However the villain, despite best efforts from Sandra Bullock is tiresome and clichéd and brings very little to the admittedly wafer-thin story.  Her henchman is also pretty lame. The constant mickey taking of Brirish stereotypes got old quickly too. But that being said, with uniformally ‘gorgeous’ CGI animation (sorry, but give me hand drawn animation any day of the week over such ‘pristine’ pixels) and bags of personality in the little fellas – I still got a kick out of this. Does it do much I wasn’t expecting? No. But did it entertain? Certainly.

It’s nice to go into a movie with no other expectation than the thought it might be good.  This Oscar winning drama stars (where has he been?) Michael Keaton as a former super hero movie actor turned has-been struggling to make a name for himself in Theatre.  As opening night looms, he is plagued with various problems and misfortunes, such as a recovered drug addict daughter (Emma Stone), actors butting heads with each other (Naomi Watts & Edward Norton) as well as his own issues with being haunted by the presence of his Birdman alter-ego who is constantly telling him to get back to what he was famous for.

This is very much a come back vehicle for Keaton who’s own career seems to be purposely imitated here and he is superb, complex and bonkers in all the ways that made him a perfect Beetlejuice or Bruce Wayne.  Aided well by a solid supporting cast who all get their moment, with an almost-upstaging Norton and a believably fragile Watts, not to mention a decent turn by the ever likeable Stone.  Yet beyond the decent performances, this is also about the trials and tribulations of being a star, being a has-been or trying to stay relevant without making a fool of yourself.  It’s scarily convincing.  Add to this a script that juggles realism with fantastical surrealism (has Keaton’s character really got super powers?) and excellent direction by Alejandro González Iñárritu backed up by highly creative ‘how did they do that?’ camera work – and I’d say this is one of the most thought-provoking studies of celebrity and celeb-culture I’ve seen in a long time.

This is also a movie that should get people talking.  The ending will get you talking.  The whole fly-on-a-wall structuring leads you to certain conclusions and then still makes you question things (at least it did me).  And I love that sort thing; clever but doesn’t try and be pretentious about it.  Oh and yes, I’d love to see Keaton play Batman again.

I’ve not really taken much interest in the Academy Awards this year, as I am getting increasingly underwhelmed by award ceremonies of late where it’s always the same names and the same kinds of movies getting nominated let alone winning anything.  However on taking a casual glance at this year’s winners, I feel pleasantly surprised to see some deserving names getting mentioned. 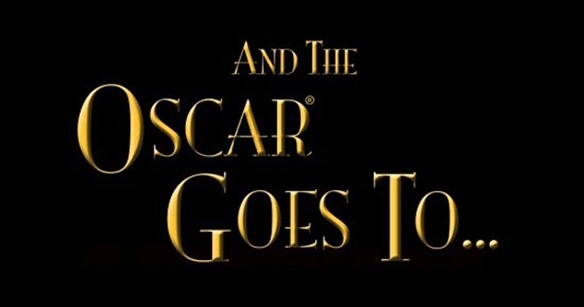 I was wanting to see Birdman for a while but haven’t yet got around to it.  At first I was intrigued as it was a come back vehicle for Michael Keaton, then I heard it was directed by 21 Grams auteur Alejandro Gonzalez Inarritu.  So I am equally happy to report that the movie grabbed Best Picture along with a Best Director nod for Alejandro.  In some of the other categories I was not surprised to see who won, such as Eddie Redmayne as Steven Hawkins in The Theory Of Everything … typical Oscar fair but I hear it’s an amazing performance.  I was also pleased to see J K Simmons getting Best Supporting Actor for Whiplash – not overly familiar with the movie but he has always been a very underrated actor.  I was surprised to see Patricia Arquette getting Best Supporting Actress – thinking this actress, her appearance in Boardwalk Empire aside, was a bit of a has-been.  So very pleased for her also.  I am also a growing fan of Julianne Moore so was happy to see her get the Best Actress nod for Still Alice, even though I’m not familiar with that film.

One disappointment I did have was that once again, the Best Animated Feature Film went to a big budget Hollywood animation (Big Hero 6), and the also nominated Studio Ghibli movie The Tale Of The Princess Kaguya was snubbed – but, I haven’t seen either so that’s just a personal gripe.  Yet I was happy to see that The Grand Budapest Hotel did fairly well in the production design, music and costume categories, even if I’d have loved it to get Best Picture.