After the critically panned yet commercial smash that was Batman V Superman (a movie I stand by as not being as bad as they say), we get this excuse to bring together several notable (and less notable) figures from DC comic’s illustrious history; namely Batman (Ben Affleck), Wonder Woman (Gal Gadot), The Flash, Aqua Man and Cyborg, when a centuries old, banished demon returns to claim three powerful cubes that if united will give him the power to conquer worlds.  Yeah, the villain, Steppenwolf is basically Apocalypse from X-Men er…Apocalypse, but minus Oscar Isaac’s charisma, although by no means is he an unappealing adversary.  Then we get the problem that Superman is dead, but there may be hope of resurrecting him if Batman’s plan works out. 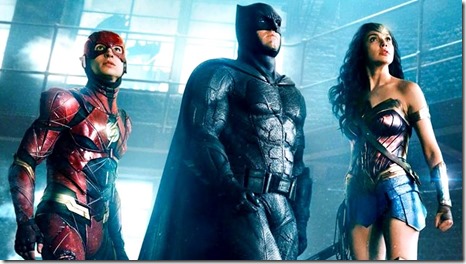 Some people like to focus on a person’s imperfections.  The same can be said when it comes to movie criticism, and I’ll admit I have been guilty of that in the past.  However I am also a strong believer that some imperfections can be forgiven if they don’t ruin the overall experience.  One such example is the rather luke-warm reception given to this latest entry in DC’s attempt to rival Marvel’s cinematic universe, which for the most part the company has fallen in the shadow of constantly.  Yet having sat through it’s refreshingly lean-2hrs I came away wondering what people had issues with.  The story whilst not anything ground-breaking is perfectly suitable and engaging to bring together these characters, and a witty script handles many egos together on screen particularly well, giving each individual a moment to shine.  I especially enjoyed the slightly out-of-his-depth Flash and I found the otherwise unfamiliar Cyborg intriguing with his semi-Frankenstein’s monster backstory.  Affleck again proves himself a worthy Batman / Bruce Wayne and thankfully Henry Cavill’s Superman gets some great moments also, with his resurrection handled rather well.  Add to this a wonderfully likable (and damn sexy) turn from Gadot’s Wonder Woman and I found myself mostly buzzing from this.

The troubled development with director Zack Snyder having to pass the reigns to Joss Whedon is barely noticeable unless scrutinizing the tone of every scene.  Amy Adams’ Lois Lane is a little side-lined but that’s to be expected with so many characters to focus on, and there’s some questionable CGI / green screen moments.  Oh and that bit with Superman sporting CGI moustache-removal (in one brief scene) is a tad jarring. Also I’d have liked a bit more focus on the villain and just how he seems to psychically know the whereabouts of each ‘hidden’ cube. Thankfully such shortcomings are made up for by plenty of great action, superheroes kicking butt and bags of personality.

So ignore the nay-sayers, ‘cause this one’s definitely worth a watch.

With the never ending juggernaut that is Marvel Studios, it would be easy to say this cash-cow is getting milked dry. However with a plethora of comic book stories to mine from, those udders aren’t drying up any time soon. So we come to this sequel to the highly entertaining Marvel Avengers Assemble. 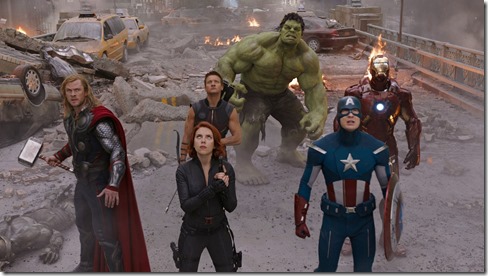 We are thrown straight into the action as our heroes attack a Russian Hydra base to steal back Loki’s sceptre (which you’ll recall him wielding during the last movie).  However little is explained as to what is going on or why, and so despite having seen all the other Marvel movies up to this, I still felt a bit in the dark. Now here’s the first issue – this is again a sequel that relies on you having a very good recollection of not just the last Avengers movie but also Thor: The Dark World and especially Captain America: The Winter Soldier.  So Samuel L. Jackson’s Nick Fury is missing from the line up, the Avengers are holed up in Stark Tower with seemingly Robert Downey Jnr as their boss (?), and there’s two rogue super-powered teens wanting revenge for something Tony Stark did with a bomb.  Then Downey’s Stark goes and complicates it even more by creating an artificial intelligence (Ultron) that turns evil and goes all megalomaniac. 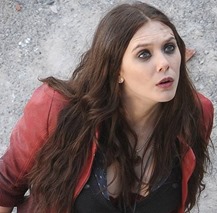 So we come to this globe-trotting and overly complicated sequel’s saving grace … James Spader’s Ultron; a charismatic, darkly humorous villain, with seemingly unstoppable power and a somewhat clichéd kill the entire human race and start again evil plan.  Yet Spader livens up what would otherwise be just another, albeit action-packed super hero movie.  Director Josh Wedon’s skill at snappy dialogue seemed watered down in place of more realism, with downbeat and heartfelt exchanges instead of the humour I’d expected (although there are still some great gags).  The first half an hour or so also drags with a couple of redundant scenes (the tiresome lifting Thor’s hammer bit).  Yet a romance sub-plot between Scarlett Johansson’s Black Widow and Mark Ruffalo’s Bruce Banner / Hulk is handled well, and each character again gets their moment in the spotlight, most welcomely Jeremy Renner’s Hawkeye.

Overall a solid sequel slightly let down by the usual sequel trappings such as too many characters and storylines going on at once.  Yet with slickly directed action, several stunning sequences (especially the Iron-Man vs Hulk fight…) I still have to recommend this one.

Joss Whedon in my opinion has no luck, well not since finishing twin TV hits Buffy and Angel.  His sci-fi adventure series firefly hit the skids a while back, and I hear his new baby Dollhouse is only getting luke warm reviews.  So lets have a look at something, critically at least he got right, in the movie spin-off from Firefly, that shows the promise TV execs sadly missed.

Nathan Fillion plays Hans Solo-like rogue space ship commander Mal who reluctantly lets a fugitive brother and sister, hide out among his crew of likable, larger than life characters.  Of course such hospitality comes at a price, and its the fact that the girl, River is secretly a telepathic, bio-engineered weapon, who has a tendency to kick off at the most unexpected time, dangering everyones life.

Although played tongue in cheek, this still has plenty of heart and the brother & sister relationship is well handled and I did find myself caring for the poor girl who is barely able to control her abilities.  When River (Summer Glau) does let loose, it is a joy of acrobatic, balletic kung-fu glory that is stunning to watch, but sadly the film barely seems able to showcase the actresses obvious grace and showmanship in among space battles, one-liners and boo-hiss villainy.  Also at times the film fails to escape its TV routes and feels like a particularly good episode stretched out to two hours.  No bad thing in this day and age of glossy, Hollywood-quality television, but there is much potential here, and sometimes its overlooked in place of the next big special effect.  Of course, this still proves Joss Whedon as a director with obvious talent, so I eagerly await his next cinematic venture.