I finally did it.  I watched a Harry Potter movie after years of declaring it wasn’t my thing.  But really, what self respecting movie fan can hold his head up amongst other movie critics without watching this much admired and acclaimed franchise?  Over the next few weeks I thoroughly intend to pass judgement over all eight movies … but for now I’ll let you know my thoughts on the very first.

Harry is a young boy who is given to his aunt and uncle when a baby, following the untimely death of his parents.  His aunt & uncle however are cruel and unloving towards him as he grows up and fuss and gush over his cousin instead.  Yet one day a letter arrives declaring that young Harry has been accepted into the wizarding school of Hogwarts.  So Harry is soon whisked off into a fantasy world of goblins, witches and magic that will change his life forever. 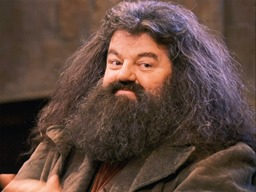 Despite my years of reluctance I’ll admit I was very quickly absorbed in author J K Rowling’s world and certainly admire the wealth of imagination and sheer ‘wonder’ on display.  Think a cross between Tim Burton, C S Lewis and Roald Dahl.  I was also impressed to discover a who’s who of British acting talent, from Dame Maggie Smith, John Hurt, the late Alan Rickman and especially a wonderfully cast Robbie Coltrane.  It also has to be said this is a gorgeous looking movie that despite being over fifteen years old now, hasn’t aged and with high production values that include superb set design and for the most part, quality CGI … I came away rather impressed.  The plot is mostly an introduction to the world of Harry Potter and perfectly sets up the movies to come and I certainly enjoyed the whole school term structure and learning to be a wizard thing.  Harry for the most part is a bit of a celebrity throughout and mainly carries the story by being at the centre of different situations rather than being all that heroic or skilled as a wizard (at this stage).

Some of the child acting leaves a bit to be desired however, especially a young Emma Watson who’s delivery of lines and general personality screams of trying a bit too hard.  I’m sure she improves though.  Yet Daniel Radcliffe’s Harry is quite the discovery – occasionally a bit uneasy with some lines and situations but really makes the character his own and is likable and generally convincing.  A climactic encounter let’s the side down a tad, with a dodgy CGI sequence.  Also, with a majority of the run time focusing on setting up such a world, the ending felt a bit rushed and forced-feel good.  But I still had a great time with this and feel a bit silly for missing out all these years.  Roll on Harry Potter 2.