A movie industry legend and a genuine hero of mine in the 80s with the Smokey and the Bandit and Cannonball Run movies has died today. Burt Reynolds was set to star in Tarantino’s latest Once Upon A Time In Hollywood, due out next summer.

This came out when the industry was still buzzing about Quentin Tarantino as the new hotshot wonder kid of Hollywood, and I admit to originally sitting down to this expecting another Pulp Fiction. Although the two movies have similarities, this is the more complex and rewarding of the two, even if on a personal taste level I still consider Pulp my all time favourite. 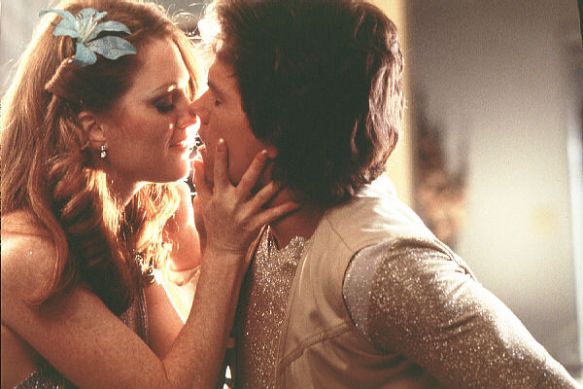 Paul Thomas Anderson’s second movie (loosely inspired by the life of porn actor John Holmes) is a revelation and a stunning showcase for his talent that would go on to win him much acclaim with Magnolia and There Will Be Blood. Here though we see someone delivering a boyhood fantasy of a movie, yet leaving behind much of the movie-geek self indulgence that has blighted Tarantino’s career after Pulp. With an obvious affection for his characters, we are treated to a movie that is about a lot more than the porn industry of the seventies / eighties as we explore these very complex people, with special mention for Julianne Moore as Amber Waves who’s tragic, uneasy performance balancing her life in a seedy world with that of the desire to be a mother to her estranged son, is heart breaking – considering that normally this actress bores me. There’s also an incredible comeback from Burt Reynolds as Jack Horner, the mentor / father figure to Wahlberg’s Dirk Diggler, which garnered him plenty of recognition, even if it will probably be his swansong. Wahlberg I must say is also brilliant, playing naive and inexperienced whilst also being someone you can’t help but like. He’s also uncomfortably funny, a tone this movie excels at throughout as you watch, cringing as each character goes through humiliation after humiliation, whilst at the same time blissfully ignorant. Add to this probably the most memorable soundtrack I have ever heard in a movie, and well, what more can I say?

I can count on the fingers of one hand movies that work on pretty much every level, and this is one of them.

The Blu-ray from Newline is very pleasing, the picture looks like it was shot only recently not 13 years ago, and to complement an impressive visual performance, the DTS HD Master Audio fills the room, the iconic music grabbing you immediately. Extras-wise we have a very listenable commentary by the director, and another from most of the cast and the director again. Other than that we have a bunch of deleted scenes, a trailer and a couple of music videos. Not too shabby.