Regular readers of this blog will have observed I haven’t been posting many reviews of late.  Well, I’ve simply not been watching that many movies and concentrating, entertainment-wise more on videogames, what with recently buying the Nintendo Switch and having a great deal of fun with it.  Even my Xbox One and PS4 have become a little neglected as a result, even though I have been playing Persona 5 on the PS4 recently and getting some fun out of that. 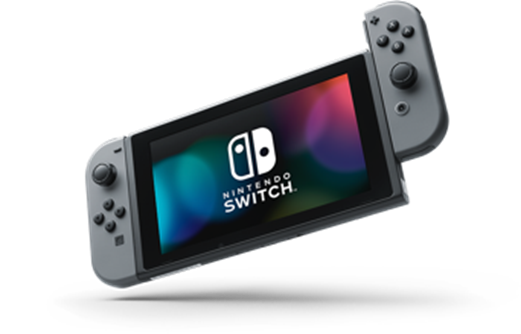 Firstly I’ll report how much I’m enjoying the versatility of the Switch.  That simple idea of being able to play it like other consoles on my TV, and then being able to take that experience mobile and go play it wherever I like portably.  It’s pretty revolutionary and I’m guessing the big reason the console has been selling like hot cake since launch.  A month on I’ve clocked in over 60 hours in The Legend of Zelda: Breath of the Wild and also had fun playing Graceful Explosion Machine and most recently, Mario Kart 8 Deluxe.  To a lesser extent I’ve found indie titles like Snake Pass and Mister Shifty, intriguing but somewhat flawed and very frustrating.  However I’m mostly aiming that at Snake Pass which I doubt I’ll even pick up again it annoyed me so much.

Going back to Persona 5 for a moment, I craved a traditional JRPG and with it’s lush anime style visuals and quirky personality, I jumped on this with excitement.  The opening hours though are very slow, dialogue driven and well, not much action and I could see it putting some people off.  However having stuck with it after what seemed to be a lengthy tutorial, the game did open up, the exploration restrictions and focus on dialogue relaxed a little and I could get more into the world, the game mechanics and the general vibe.  I cleared the first major mission after about 10 hours of game time and I’m intrigued to see where the story goes.  However it is a game that once you start playing, hours fly by and I realise I need to set some time aside each time I play to really get any progression done.  For now though I’m enjoying it. 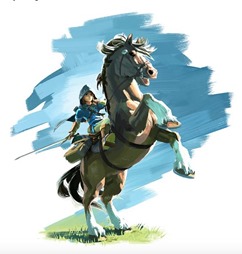 Breath of the Wild has been a massive, somewhat daunting experience but has all that unique Nintendo charm I’ve always admired, and this feels like the most fleshed-out and intricately detailed Zelda game I’ve played.  I wouldn’t call myself a Legend of Zelda aficionado by any stretch and have only really played through the Gameboy release ‘Links Awakening’ and the Gamecube game ‘Wind Waker’ whilst only slightly touching on ‘Twilight Princess’ back in the day, and although this has echoes of all those games, with an art style slightly resembling Wind Waker (but less kiddie more Ghibli), I have fallen in love with everything it has to offer.  Even 60 hours in I’m still finding new areas, uncovering side quests and well, have barely delved into the main missions (I’ve completed one ‘divine beast’ so far…) so still tons to do.  All I’ll say though now to conclude is that I’m very much impressed.

On the back burner some games have had to be placed.  It’s the nature of the beast I’m afraid owning three consoles now, and I need to focus on just a small amount or run the risk of getting bogged now with unfinished games.  So Dishonoured 2 which I’ve been really enjoying has had to be ignored for a bit, as has Watchdogs 2 and Mafia 3.  Phew that’s a lot of games but for now my time is best spent with Zelda and Persona, even though both games are reportedly so huge that It’ll be a while before I dive into much else.

Smaller games are an easy option though just for a bit of variety and some of those games, like Mario Kart and Graceful Explosion Machine are dip in and dip out experiences that I don’t need to dedicate hours.  I suppose I’m lucky to have the options that I have, and I don’t take any of it for granted even though I work hard to buy the things I enjoy.

My final thoughts on the above come down to one sentence:  It’s a great time to be a gamer.  Additionally I also have some movies I need to get reviewing so expect normal service to resume shortly.

That’s all from me for now.

Well I took the plunge and got myself a Nintendo Switch.  So what do I think of the device?  From the start it feels a very premium piece of kit.  The build-quality of the tablet and the joy-con controllers which attach to it are excellent.  It’s also quite heavy to hold in the hands and switching it on first time was exciting as the familiar Nintendo logo appeared, followed by the new Nintendo Switch icon.  Nintendo have a history of making quality consoles and this is no different despite what reports you may have heard on the internet.  My device seems free of dead pixels, joy-con sync-problems or wi-fi issues, but just to be safe I purchased a screen protector to ensure the supplied dock didn’t scratch the screen as has been reported.  On a side note I hate screen protectors and am historically crap at putting them on.  The tempered-glass one I got wasn’t too bad but it still took a whilst to get right and avoid any air bubbles.  Grr. 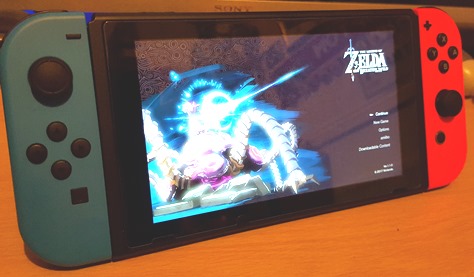 In the run up to getting the Switch (I had a bit of a wait as initial stock everywhere had sold out after the March 3rd launch), I got myself a couple of Amiibos (Nintendo-themed character figurines which act as interactive NFC enabled devices for use in games) namely Mario and one of my all-time favourite characters, Toad.  It helped build the excitement as I also got myself a carry case and the official ‘pro-controller’.  Yes I confess, I’ve spent a lot of money on this but hopefully it’ll be worth it.

Using the device, it was easy to set it up to work with my broadband and to access the eshop (sparse with only a few games I’d find interesting (Shovel Knight, Snake Pass, Fast RMX) and the quirky design features, general simple but functional user-interface still pleased.  Once I put a game in though, my experience was elevated to another level.

The Legend of Zelda: Breath of the Wild

I think by now most people will know how well received and acclaimed this latest entry in Nintendo’s ‘legendary’ franchise has turned out to be.  I couldn’t wait to get into it and am having a great time.  Firstly it’s gorgeous – I love cell-shaded, cartoon world art styles and this is one of the best representations of that look I think I’ve ever seen.  Has Zelda ever looked this good?  It’s a huge world too to explore and I’m loving travelling all over, meeting villagers, learning bit by bit about the over-arking story and doing simple side quests.  I also love the Shrines – trial based underground levels dotted throughout the land, sort of mini-dungeons full of puzzles and atmosphere.  I am only a little way into this so far but I am really impressed.

The big selling factor of the Switch though is it’s versatility.  It can be used as a handheld gaming system and works perfect for that.  It can be used as a home console too, and the transition is seamless and takes literally 5 seconds once you place the device in the dock to have the game appear on your TV screen.  It’s a gimmick that never gets old and I can see me using the machine in both ways.  Less appealing is some of the advertised multi-player, which with the 1-2 Switch game comes off as a left over idea from the Wii era with it’s gimmicky motion-controlled party games which might be fun but would get discarded fairly quickly in favour of ‘real’ games.  The versatility of the controllers to create multi-player split screen or two player games in your home certainly hark back to a by-gone era but as a primarily single-player gamer I doubt that functionality will get much use either.

For now the Nintendo Switch is a system with a great deal of potential.  Early sales have been impressive so Nintendo is off to a good start … let’s just hope that in the future we still get the games for it, so that unlike many Nintendo consoles, it doesn’t end up gathering dust in favour of an Xbox or PlayStation system.  Only time will tell but for now consider me happy with my purchase.