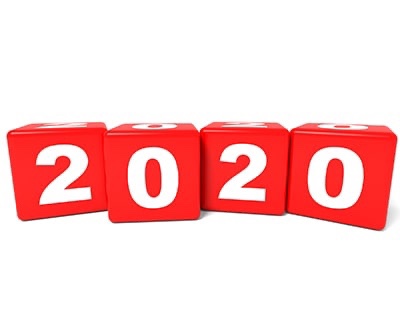 Well it’s 2020. I made it. It’s been a difficult Christmas as I was hit hard by a cold / man flu so didn’t get around to my usual Christmas Day prezzies post. I wasn’t feeling the festive spirit much, but at least I wasn’t in work and have been off since Christmas Eve. I’m back in tomorrow.

What did I get this year? Well a couple of games, namely Dragons Quest XI on the Switch and Jedi Fallen Order on the Xbox One X. Other than that I received the 4K Blu-ray of Alita Battle Angel, a Blu-ray copy of Rocketman as well as some clothes, vouchers etc and my usual Scarlett Johansson calendar. Not too shabby! Hope those I got prezzies for liked what I got them too!

As a new year gift to myself, I also picked up the iPhone 11. My phone is a major part of my daily routine, be it social media, internet shopping / browsing and also using it for work. So why not have a good one? So far I’m loving it and going from the iPhone 8 to this is quite the leap, especially with the bigger screen (important for me as I have ongoing issues with my eyesight).

Looking to the year ahead, as well as looking back at 2019, a highlight was obviously seeing my favourite band, Garbage for the fourth time, meeting various members of the band and getting a photo with lead singer Shirley Manson. I can see me attempting to repeat such an experience in 2020 with the band having a new album due out and most likely a tour to support it. Fingers crossed it happens!

As far as this blog is concerned, I’ll admit I haven’t been as prolific with posts as I have been in the past and haven’t chosen to review everything I watched. I’ve not written much about the TV shows I’ve been binging like Sons of Anarchy and Mister Robot. Life gets in the way and that’ll probably be the same in the year ahead so can’t promise there’ll be a ton of posts going forward… yet I’ll try and keep up with the various movie reviews as usual and the occasional surprise. Watch this space.

Well that’s all from me for now. Happy new year to anyone who has read and supported this blog. Hope 2020 is all you could hope for.

I don’t really know what I was expecting from a movie continuation of arguably one of the best TV shows ever made. Breaking Bad had one of the more satisfying endings, and so was there really anything left to explore?

Focusing on what happened next when it comes to the character of Jesse Pinkman (Aaron Paul) seemed the obvious answer, as we explore just where he was driving off to after being freed by his captors by series lead Walter White (Bryan Cranston). Whilst keeping one step ahead of the law, he turns to old buddies Badger and Skinny Pete. So yeah, we get several returning faces, mostly during a number of reminiscing scenes that surprisingly make up for a good portion of the runtime … meaning that there really isn’t much going on here other than getting from point A to point B. Paul is very good and layered as Jesse and despite his circumstances still manages to reveal a few of those fun Jesse characteristics that made his character so memorable in the show.

I’d have liked a bit more ‘life and death’ stakes to his situation but that barely comes across and I always felt Jesse was going to be fine. Which took away some of the drama. Also scenes of flashbacks and smaller moments are dragged out just to celebrate the show rather than offering any really service to the plot.

Not a revelation then, and can’t touch some of the bigger moments of the show but as a swan song to a beloved character this was precisely what it needed to be and nothing more.

Well hello everyone. I’ve had a bit of an extended break from this blog following Christmas and am now pondering what 2019 will bring. I’m really not sure but know i have some movies and games on the horizon… namely Resident Evil 2 remake, i mean how can i not be all over that? It was the game that got me to buy the original PlayStation. It remains my favourite of the franchise, and I’ve played and completed nearly all of the main releases. It also looks damn good too.

I haven’t really had my eye on the radar for what else is coming out entertainment-wise during the year. Some hopes I have for Metroid Prime 4 maybe getting released, and well, I’m looking forward to Tarantino’s Once Upon A Time In Hollywood. Tarantino does the Charles Manson murders? Hell yeah.

I finished watching season 1 of Ozark over Christmas so I’ll be diving into season 2 imminently. That’s a great show. I also finished the new series of Luther and damn, that was compelling and disturbing…just how that show should be.

We also got an LG 55 inch 4k TV recently and after some tinker g (i love to tinker) i think I’ve got it looking just right. Yeah, i have nothing 4k to throw at it but simply Blu-ray and regular tv shows look decent. It’s had some lip-sync issues I’ve had to figure out how to remedy and the black levels aren’t as good as I’d hoped… but when it looks good it looks friggin’ amazing (The Force Awakens … wow). I watched The Greatest Showman on this TV and it was a really good experience. Helped of course by my pretty damn good Onkyo home cinema receiver.

Well that’s all from me for now. I have a review coming soon but won’t say what it is yet.

Well it’s almost Christmas, and as I look over the past twelve months in preparation for my annual Top Ten movies, I notice that I haven’t dedicated as much time to this blog as I have in the past.  I think it’s been a bit of a ‘life get’s in the way’ situation although I still really enjoy expressing myself here.  So thankyou for sticking with me during the downtimes.

This past year has b

een good rather though, after all I got to see my favourite band, Garbage in concert again in September and even saw The League of Gentlemen live on stage, both experiences being particular highlights for me personally.  It’s been great to get such opportunities and to go for them rather than shying away or letting other things, less memorable things take priority.

As far as this blog’s primary focus is concerned, there’s been a few underwhelming movies of which I’ll be compiling a ten disappointments like I did last year.  On the gaming front there’s also been several highlights so look out for a post about that too.  I’ll be posting these towards the end of the month with the Top Ten movies posting on 31st.  Other than that there may be a couple more movie reviews and possibly a gaming impression or two before the end of the month as well as my usual Christmas day post.

Well that’s all for now.

I’ve just finished watching the HBO drama ‘Sharp Objects’, and can say with certainty it’s been one of the most riveting dramas I’ve seen in a long time.  With a cast lead by a particular favourite, Amy Adams, who like many Hollywood names these days dips her toe into television and works wonders.  Her acting here, as tabloid journalist Camille who has a complex history that comes flooding back when she is given the assignment to report on a series of murders in the small town where she grew up.  As the show progresses we’re introduced to her rebellious younger sister Emma, and her controlling mother Adora, whilst along the way Camille falls for the local detective heading the case.

The way this show explores not just the case of teenage girls turning up murdered but also that of Camille’s past is done intelligently and artfully to make for a real gem.  The ending holds plenty of twists and surprises and the main revelation is rather disturbing.  Performances are also decent across the board with Adams on solid form and powerfully written, with her actions not always for the belter.  However I’d tip my hat to Patricia Clarkson  as Camille’s mother,who had more than a hint of Piper Laurie about her  It kept me guessing right through to the final moments and left me pondering and a little shaken.  I won’t spoil anything though, just to say if you haven’t seen this series yet … go check it out.