Well, there was such anticipation and nervous excitement for me leading up to my fourth time seeing my favourite band. You see, Garbage remain the only band I’ll make the effort to actually go and see live even if it means travelling miles to get to them. Accompanied by a good friend as well as meeting up with another fellow Garbage fan, even before the show we hung around by the stage door and the band’s tour bus for the hope of a chance encounter. I wasn’t disappointed … guitarist Duke Erikson came out to say hello as well as touring bass player Eric Avery and stand-in drummer Matt Walker (standing in for Butch Vig who had to stay at home due to a recent shoulder injury). They were all so nice and down-to-earth. 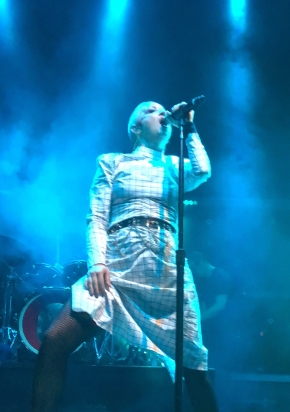 The concert itself was amazing. Fourth time seeing them I was slightly wondering if they would be as impressive as previously … suffice to say this was one of the best performances I’ve witnessed yet. Lead singer, Edinburgh born Shirley Manson was on fantastic form with plenty of charisma and energy and belted out hits like ‘Stupid Girl’ and ‘I Think I’m Paranoid’ as well as lesser known tracks like the haunting ‘On Fire’ … to a very appreciative crowd that were constantly jumping about and singing along. It was intense, adrenaline-fuelled and for me a genuine, life-affirming treat. Words can barely describe what it meant to this long-time fan but as the show ended I was on cloud nine.

My friends and I then decided to hang out by the stage door again and after a while, low and behold Shirley Manson came out to say hello, sign autographs and have pictures taken. She is simply the best. Even now, two days afterwards I can’t believe my luck and am pinching myself that it wasn’t just a very vivid dream.

A fan shot video of the band performing ‘Push It’ to a very energetic crowd.

To me, Garbage are and always will be a fantastic band to be into and I feel so proud to call myself a fan and a darkling. 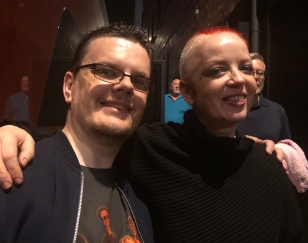 Shirley and myself after the show.

1 thought on “Garbage thrills at Leeds”