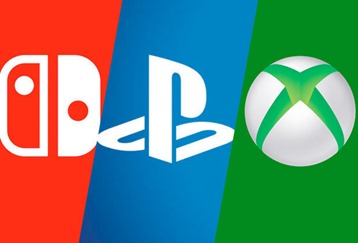 This was the year that I embraced the Nintendo Switch further and also upgraded my Xbox One to the Xbox One X.  It’s also been fairly packed as far as actual games are concerned, and although I haven’t finished that many games, I have experienced a rather wide variety of gaming than I have for a while. 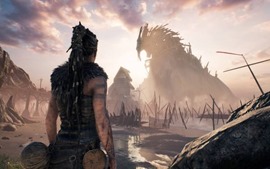 I dipped my toe into the narrative-lead genre with Life Is Strange and enjoyed following a story primarily rather than shooting or hitting things.  It was refreshing.  The award winning Hellblade: Senua’s Sacrifice took a similar narrative focus but also brought with it intelligent examinations of mental illness mixed with nors mythology.  Both are games I intend to go back to and finish at some stage.

Finishing (at least as far as their stories are concerned) The Legend of Zelda: Breath of the Wild, Super Mario Odyssey, Dishonoured 2 and Shadow of the Tomb Raider this year were also some of my fondest gaming memories in the last twelve months, and especially Zelda being now one of the best games I’ve ever played.  It feels a good time to be a gamer.

Sony’s PlayStation 4 I confess has taken a significant back seat this year with even titles like God of War not really holding my interest.  I think it’s just the fact it’s the most talked about and most popular games consoles on the market that leaves me cold and I often find myself shunning that which is treated as such and well, who doesn’t like to back the under-dog?  So yes, Xbox has got far more of my attention and although I’ve only slightly dipped my toe into the consoles admittedly lacking exclusives (Sea of Thieves seemed cool at first ‘till I realised it had nothing to offer the single player, and

Forza Horizon 4 is superb but racing games don’t hold my interest.  However I did really like State of Decay 2 and should get back into it at some stage).  Yet I admit it hasn’t been a great year for Xbox despite their Gamepass service being terrific and a great way to play lots of different games I may otherwise pass up.  I have my hopes for 2019, but Crackdown 3 or possibly the next Halo isn’t going to win them a console war they’ve already lost.  Roll on next gen I say.

Recently I’ve been getting into Pokémon.  In the run up to Nintendo Switch exclusive Pokémon Let’s Go, I’ve been playing the mobile game Pokémon Go.  I really like the concept and can see it being a new thing for me and am really enjoying the Switch game since having it for Christmas.  In addition to this I’ve been playing Super Smash Bros Ultimate (I’m a complete novice to the series but am certainly impressed with what this version offers as far as modes and gameplay not to mention the graphical detail on show).  Also I’ve been playing the much hyped Red Dead Redemption 2 which is THE showcase for the Xbox One X, with native 4K resolution and the most detailed and impressive gaming world I have ever experienced.

There’s been a fair few games I’ve had to leave on the back burner, and whether or  not I return to them I can’t say but games such as Xenoblade Chronicles 2 and Assassin’s Creed Origins are two I hope to dip back into as I was enjoying them a great deal but with so many gaming distractions throughout the year, it’s easy to get side tracked.

So there you have it, my thoughts on gaming for me in 2018.  I’m excited for what 2019 will have to offer and am sure I’ll get to play many more great games.  For now I’ve got my work cut out with the games I have got.