It would seem in the advent of the latest Jason Bourne movie hitting cinemas, some would like to forget this little off-shoot of the franchise that doesn’t star Matt Damson but rather has Hurt Locker’s Jeremy Renner as agent Aaron Kross and therefore offers up an alternative viewpoint to the events depicted in the original trilogy.  Renner finds himself on the run after fellow agents start getting bumped off as a fall out from Jason Bourne’s actions and the shady government organisation responsible trying to cover everything up.  Edward Norton is on hand as the government guy trying to sort everything out, and Renner is perfect as a tough agent in the middle of a training exercise forced to question who he works for whilst teaming up with a female scientist played by Rachel Weisz. 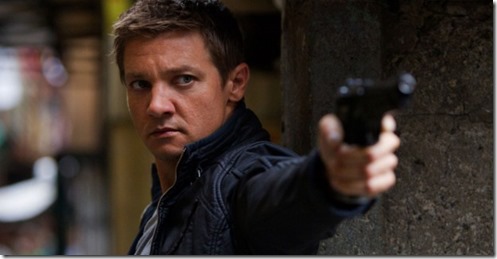 I think this would have been a hard sell to anyone not very familiar with the other movies, but as I had not that long sat through the last three movies, I found this still interesting and familiar with several nods and references to the Matt Damon escapades and for the most part it’s quite well done and compliments the franchise nicely.  The action, important in these movies is also top notch and with more assured, lesser rapidly-edited direction from Tony Gilroy it’s all a lot easier to follow too.  Helps that there is a superb bike chase towards the end that is every bit up there with the best of the series.  I also found myself wanting a smack down between Renner’s character and Matt Damon…but that’s probably a movie we’ll never see. 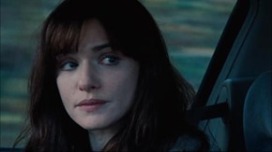 I can see why this was mostly ignored in the series.  There’s little here that warrants the movie really needing to exist and serves more as an entertaining spin off aimed at Bourne fans rather than the general movie going audience.  Shame then as as it stands this was thrilling, competently acted and well directed, if largely unnecessary.

The Blu-ray is very pleasing with above average image quality and punchy sound that really rocks a 5.1. system.  Extras-wise we get several featurettes and behind the scenes footage and also a commentary from the director.