With some hype being drummed up for a new Bourne movie, I thought it was as good a time as any to revisit the movie that kick started this franchise. I’ve always liked Matt Damon as an actor and he especially impressed most recently in Martian. However at the time of this movie’s release few people saw him as an action star, especially the fan-base of the best selling books by Robert Ludlum. 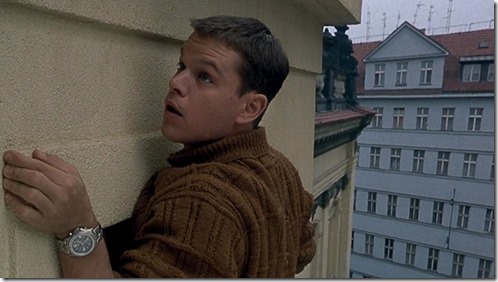 However time was to prove the naysayers wrong and here, Damon cements himself as a tough-as-nails guy left for dead in the Mediterranean sea.  Once back on terra-firma, he’s out to unravel both the truth behind his own identity and why people are trying to kill him.  Along for the ride is a German woman who crosses Bourne’s path, played by the decidedly yummy Franka Potente (Run Lola Run), and the two make for a good pairing as the thrills and spills kick in. 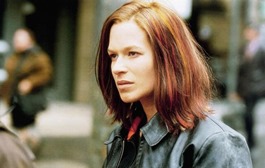 The Bourne movies are sort of like the more serious Bond before Bond went more serious and were a likable alternative, but with a focus on surveillance and teams of assassins out to get our man than over-throwing some megalomaniac villain, and is therefore routed in real-world espionage. Support from the likes of Brian Cox and a near-wordless cameo from Clive Owen bring some colour to proceedings and assured direction from Doug Liman (Mr & Mrs Smith), brilliantly-choreographed fight scenes and a stand-out car chase … this delivered the necessary thrills.  In the wake of more violent fair like the first Taken for example, this could have really gone for the jugular, and at times seems to have a rather leisurely pace.  However, Damon makes for more than just a believable bad-ass and with his acting credentials conveys vulnerability and charisma.  It leaves the viewer in the dark about much of who this guy is though, but I guess that’s what sequels are for.

The Blu-ray is very pleasing.  The image itself is acceptable but for a  little softness and the muted colour pallet prevents it really popping … but it suits the movie’s tone regardless.  However the punchy DTS Master Audio mix hits hard on several occasions and dialogue is crisp.  Extras are exhaustive for this release with behind the scenes footage, deleted scenes and a look at the series of novels that inspired a series of movies.  A commentary by the director is the icing on a very commendable cake.

2 thoughts on “The Bourne Identity”