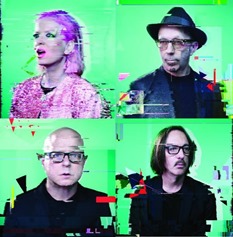 I have never considered this blog turning into a ‘music blog’, and I’ve never been into music enough to start up a blog solely dedicated to music.  However this is also a place for me to share my thoughts on what sort of things I am currently into and following my continued interest in the band Garbage, having motivated myself enough to actually see them live twice in less than twelve months … music has become something I feel I need to explore more of.  Which isn’t easy in this rather over-hyped and narrow-minded music landscape we live in.  What we’re told to like or buy isn’t the entire story and there are many artists that go unnoticed and un-talked about that deserve more exposure.  My favourite band are certainly in that category and despite enjoying big success in the 90s have been often ignored or dismissed since they returned in 2012 following a long hiatus.  You see the media and magazines don’t really want to promote an artist on their own independent record label as there isn’t the money being thrown around to get them that headline article or that TV interview or that music video exposure like you’d see from the likes of Rihanna, Justin Bieber or Adele.  There’s not any real money in it for the media so why promote them?  Actual quality of product doesn’t compared to cold hard cash it seems and reviews you’ll see across the board for many high profile stars will be massively exaggerated and marked up compared to their smaller, independent counterparts, regardless of the content.  Sadly the general music buying (or streaming) public are like sheep and they’ll blindly follow whoever they’re told to follow. 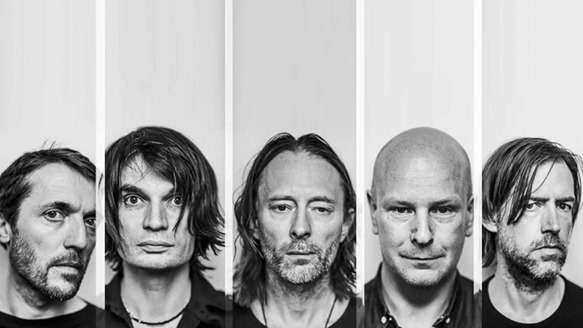 But perhaps more as an experiment than entirely conforming to such media brainwashing, I chose recently to dip my toe in the pool of the hyped and celebrated to see if such attention can possibly equal quality … and purchased the latest albums from Beyoncé and Radiohead, two artists I’ve at least liked in the past but haven’t explored in a long while.  Out of the two Radiohead’s acclaimed ‘A Moon Shaped Pool’ is instantly engrossing with it’s almost meditatory, lucid feel and Thom York’s dreamy, emotional delivery.  It sounds like them, it feels like them and has all the musical imagination, weirdness and brooding self-loathing I would expect.  I’ve only given it a couple of listens so far but have found myself very much swept away.  On the other hand, Beyoncé’s heavily hyped and almost universally praised ‘Lemonade’ has been a bit harder to 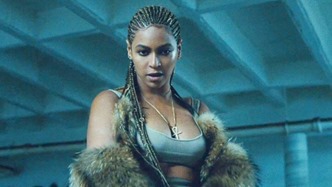 appreciate.  It’s themes of betrayal, infidelity, loss and jealousy are commendable and some of the songs on work very well, but it’s been a grower and initial impression was: they call this music these days?  But tracks such as ‘6 Inch’ and ‘Daddy Lessons’ really kick in after a couple of plays and I’m enjoying it overall.  The included (on the CD set) DVD that covers many of the tracks in video form is decent with several stand out, very artistic moments and only proves how photogenic and iconic Beyoncé has always been.  As a package it impresses in places but feels a bit ‘meh’ in others unless you’re entirely wrapped up in Beyoncé and her private life, which I’ve never been.

I plan to continue exploring more artists and seeking out a few lesser known (or less publicised) bands or singers just to discover someone that hasn’t been rammed down our throats.  I tend to resent such aggressive publicity and it’s the reason why I usually don’t have a good word for Adele.  Nothing against her music (she’s actually a very good singer and songwriter) but the attention is ridiculous and diminishes such obvious talent.   So I wouldn’t mind getting the debut album from The Purple Harts for example, who supported Garbage during their European tour recently and they rocked.  I also hear good things about the singer Ladyhawke as well as bands like Churches.

But don’t worry regular or first time readers.  This is not turning into a music blog, but may have the odd deviation from movie reviews and videogame discussion to talk about a really great album I’ve been listening to recently.  It’s also not turning into a Garbage blog, as much as that’d be really cool to me … you guys wouldn’t want that either.  So normal service will resume shortly.

2 thoughts on “Not a music blog”