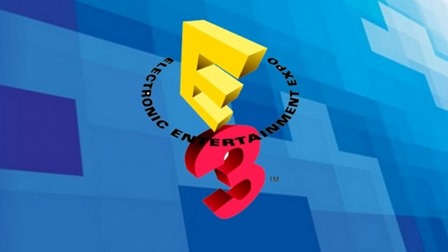 I’ll get this out of the way right from the off.  Are Sony and Microsoft about to royally shit on us, the games console buying public?  Yes it seems if you have purchased either a PS4 or an Xbox One recently or at all.  You see both companies are basically coming out with vastly improved versions of their consoles that they promise will not effect the existing machines, but really … how can it not?  I spent good money on buying both the Xbox One and PS4 and from day 1 the Xbox One has fallen behind due to a ropey launch and inferior specs compared to it’s rival.  Then for a while it’s been rumoured that Sony were going to announce a PS4.5 or PS4 Neo which would be compatible with 4K televisions and have improved graphics and extra processing power.  Er, Sony … hasn’t the bags full of cash already sent your way from the overwhelming success of the PS4 shown that you don’t need to improve the PS4?  That it already sells??  I can see why Microsoft has done this as it was losing the battle against Sony and struggling with certain multi-platform games, however the PS4 is a big success.  It’s baffling and like with how Sony got arrogant by over-pricing the PS3 at launch, seems like they’ve once again let their success go to their heads.  So yes, Microsoft will be launching ‘Project Scorpio’ towards the end of 2017.  I’m not entirely sure when the PS4 Neo is out, and in the mean time we’re getting the Xbox One S … a slimmed down, redesigned and pretty sexy looking version of their existing console.  Either way as an owner of both machines I am pissed off at the moment.  But I suppose the end of 2017 is a while away yet.

In other news Sony showcased a rebooted Resident Evil despite it being called Resident Evil VII it was revealed as primarily a first person horror experience not unlike Amnesia.  I think one of the big surprises for me was the reveal of the new God of War … with a bearded, ageing Kratos walking around with what appeared to be his son.  An interesting concept that looked beautifully realised.  As did Horizon: Zero Dawn another PS4 exclusive which was first revealed last year but now we got some actual gameplay and it looked gorgeous.  Also we finally got a release date for the much delayed but highly anticipated The Last Guardian which as a fan of Ico I’m really looking forward to – even if the delays make me nervous of the final game’s quality.

In Microsoft’s camp we got our first real look at Gears of War 4 which looked sweet.  Very effects heavy section they showcased along with some new weapons.  Nothing to really re-write the rule book but it looked like Gears and that’s good enough for me.  Also they showcased yet another Forza Horizon which I have no interest it – but it was pretty, and some Minecraft VR stuff which was it seemed more of the same from last year.  The big focus for them seemed to be hardware and again indie titles which was a bit tiresome.  Where were the big surprises?  And by surprises I don’t mean basically saying “sorry Xbox One owners, we hate you”.

I can’t say I have really studied e3 this year, as I’ve had other stuff going on but have taken a few brief glimpses of footage and come way underwhelmed.  Yes there are some good things on the horizon but with the hardware announcements mentioned above, also a very uncertain and worrying future as a current gen console owner.