Well having watched what Microsoft were bringing to the table yesterday, I have recently finished watching rival Sony’s briefing at the hyped and famed convention in Los Angeles.  Riding high on strong sales figures that have been way ahead of Xbox One, Sony were seeming to be getting a little too smug … with last year’s e3 offering very little beyond Destiny hype and Bloodborne.  So with another twelve months since then, what have Sony delivered?

The vibe it seems this year was a lot of old, and a handful of new.  Answering hard-core gamer’s wish lists for dream games was firmly on the agenda as two much desired franchises got a mention and new games being announced that we never thought we’d see.  Yes namely Final Fantasy VII getting the remake treatment and finally there will be a Shenmue III.  Both niche projects it may seem, but exciting none the less.  Also surprisingly we got to finally see the much delayed, rumoured cancelled but highly anticipated The Last Guardian in action … and underwhelming graphics aside, looks as engrossing and as powerful as Ico and Shadow Of The Colossus that proceeded it.  The only thing missing from such wish-fulfilment was Half-Life 3.  Oh well, we can’t have everything it seems.

Thankfully then Sony did have a few new titles up their sleeve, most notably Killzone Creator Guerrilla’s very promising looking Horizon: Zero Dawn – which seems like a post-apocalyptic transformers, with tribes people up against mechanised dinosaurs in a somewhat Monster Hunter vein.    Yet Media Molecule’s game making painting-thing Dreams looked pretty, technically interesting but well, didn’t Project Spark do all this a while back?  Then we come to Street Fighter V … which looked, dare I say it a step-back from the visual cartoon beauty of SF IV…  I was expecting to be blown away by a franchise that has been close to my heart for decades, and it looked old and out-dated.

Thankfully then it was down to some old faces from last year and a few multi-platform titles to liven up the show with a newly announced Hitman – always a yay from me, a very Advanced Warfare looking Black Ops III and erm, no in game footage and just a cut scene for Assassin Creed Syndicate?  Bizarre.  Although Star Wars: Battlefront looked amazing.  So naturally Sony closed the show with what was easily their best chance for a win – Uncharted 4: A Thieves End – and despite what I’d seen over at the Xbox briefing – this was the killer game of the show for me.

Sony also had Project Morpheus which they demo’d to interesting results and an extended look at No Man’s Sky, the ambitious space travelling simulation that wowed everyone a couple of year’s back.  Still no release date on that one though. 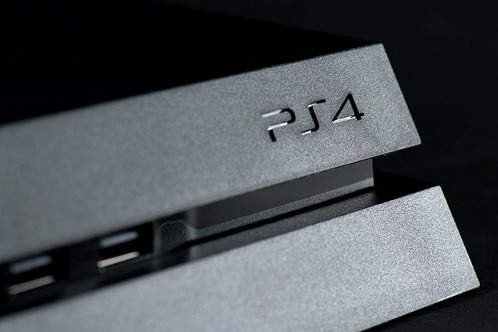 Sony did a good job but felt like beyond Uncharted and Horizon, were trapped on the promises offered up in the past and not kept.  Pinning their hype on a former PS3 game that was rumoured dead (The Last Guardian) and giving us games only the hard-core care about anymore (FFVII and Shenmue) seemed a gamble.

It didn’t excite me as much as what the Xbox briefing did … no real welcome surprises and a lack of new IPs.  We’ll see.  Either way PS4 has little to worry about, but for me Microsoft just pipped them this year.