Before any long-term readers start thinking this is turning into a gaming blog, I do actually intend to post some new movie reviews in the next week or so, rest assured.  But for now, on with the gaming! 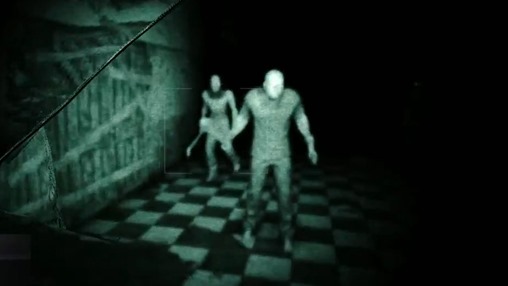 I downloaded today after reading many good things and seeing some interesting looking gameplay footage, the game ‘Outlast’ which was released last week on Xbox One.  Formerly available for PS4 and PC, this is a very raw horror experience, where you play as a reporter who is investigating mysterious goings on at an insane asylum.  Typical horror subject matter, but originality isn’t why I was attracted – more the fact it’s meant to be damn scary, something I have only really experienced in a videogame once or twice before (the best being Silent Hill 2).  So just a few minutes of this, with your protagonists heavy breathing, doors that slam! and eerie corridors and NO WEAPONS but for a camcorder and night vision mode … I confess I was actually wondering if I’m too wimpy to carry on playing this way-to-effective videogame.

Only time will tell.

3 thoughts on “Outlast creeps me out”