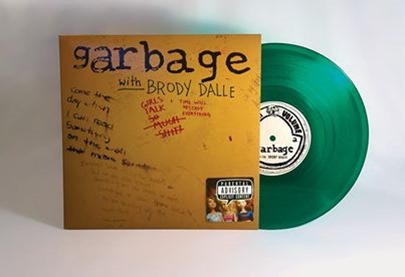 Yesterday (April 19th) marked the annual Record Store Day event where across the globe traditional record stores sell limited edition vinyl releases, often limited to a short supply to an army of hardcore fans.  My favourite band, Garbage marked this day by collaborating with singer Brody Dalle (below, right) on ‘Girls Talk Shit’ along with their own track, ‘Time Will Destroy Everything’, which has previously only been used as an intro (and outro) track to their recent world tour.  I personally am very eager to get my hands on these tracks but don’t have a record store near me where they will be sold (or er, have a turntable).  So like last year’s release of ‘Because The Night’ with The Screaming Females, I hope we see an I-tunes release in the near future – and maybe a music video?  That’d be cool.