Although a bit disappointed now, I was recently on Twitter perusing tweets, when I stumbled upon one by British TV comedienne Reece Shearsmith.  Now for my American readers, he is one part of British comedy group The League Of Gentlemen, four highly acclaimed actor / comediennes / writers who started out on Radio before launching their much loved, dark comedy series of the same name.  It featured the weird and wacky inhabitants of Royston Vasey, a rural village where a strange shop overlooks it and isn’t too welcoming to strangers who aren’t local.  Its an acquired taste, part slapstick comedy, part Monty Python, part full on horror – but I loved it.  It ran from 1999-2002 with three seasons and a movie, and later spawned the unconnected but similar show Psychoville, which boasted the talents of two of the League along with comedienne Dawn French. 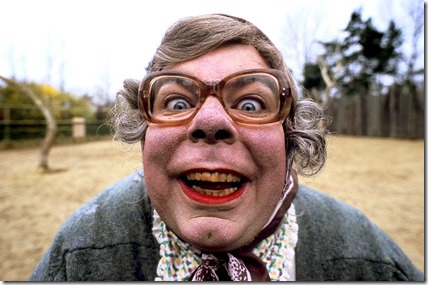 Now this Tweet hinted at a long rumoured reunion of the quartet, a proper League venture, but alas it wasn’t to be (turned out it’s a charity gig), but made me want to revisit this imaginative and bizarre brand of comedy again, reliving all my favourite characters.  I am not entirely sure if their TV show ever saw the light of day stateside or if it’s available to buy there – but anyone into dark comedy should definitely seek it out. 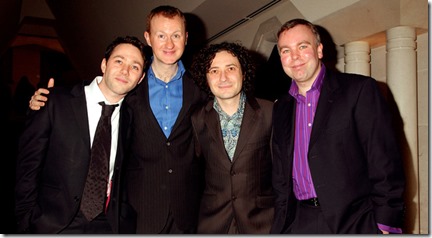 The actual members of the League include the aforementioned Shearsmith along with Steve Pemberton, Mark Gatiss and Jeremy Dyson.  I also recommend checking out the work they have done separately, including Dr Who and Sherlock Holmes as well as comedy Benidorm.  There’s also the movies A Field In England and The Cottage.

Personally these guys are at their best when working together, so here’s hoping that happens again sometime soon!