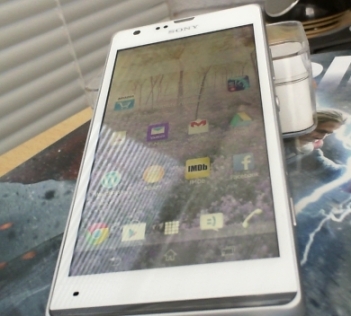 Recently picked up a new phone.  It’s the android based Sony Xperia SP, a mid range smart phone by today’s standards but with a 4.6 inch display, a 1.7ghz dual core processor and some seriously sexy looks, I am very happy with it.  Clever little features include the NFC capabilities such as the ability to beam an image to another phone (or tablet) by just placing both devices back to back, sharing content such as movies and pictures to any device on your network, like my Blu-ray player, and also boasts an 8 mega pixel camera and lots of built in gadgets as well as a ton of other features.

It comes in either black, white or red, but not sure whether you agree but I think the white looks the coolest.  I have barely been off it and have enjoyed playing around with the various features, taking pictures, making calls, using the internet, Facebook, emailing … the sky really does feel the limit with this.  Also compared to some other phones around this feels like a nice size … not too small and not too big.

Full specs for this phone can be found here.  I know it’s not exactly the most advanced phone there is, but it’s up there and can hold its own against many leading devices going by the reviews.

2 thoughts on “My new baby”