Always nice to revisit a classic, especially on Blu-ray.  I have long loved this Oscar-winning thriller, that for me is still the finest serial killer movie ever made (with Seven being a close second).  Sitting down to this last night it wasn’t hard to see why it gained such acclaim.  The performances are perfect, with a vulnerable but tough Jodie Foster, near unrecognizable in a black hair dye-job (or wig?).  Mentored by Scott Glen’s equally well cast Jack Crawford.  Yet the big selling point for me, and what has gone on to define a career is Anthony Hopkins’ amazingly creepy but charismatic turn as Dr Hannibal Lecter – one of the greatest creations in movie villain history. 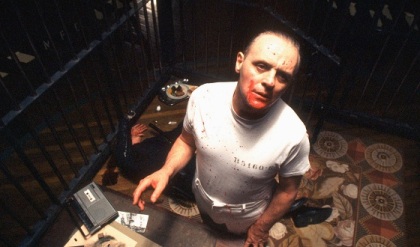 Foster plays FBI agent Clarice Starling, given the task of interviewing imprisoned serial killer and former psychiatrist Hannibal Lecter as the FBI attempt to track down currently at large killer Buffalo Bill.  This is a movie that is just as much character study as it is a thriller, with exceptional performances across the board (with a very unnerving Ted Levine as Bill – ‘it puts the lotion in the basket’), and very well observed and realistic direction from Jonathan Demme.    Silence of the Lambs has become the blue-print for all serial killer movies from Seven, to Copycat and even has echoes in current TV series The Following, that for me it just can’t be faulted.  Yes over the years it has been satirized  which I think is a shame, because on its original release this hit viewers hard, and in my opinion still should.

The Blu-ray isn’t quite as impressive.  The picture, whilst acceptable and with moments of good detail, seems overly soft.  The sound in 5.1 DTS Master Audio is decent and punchy however with good crisp dialogue, which is very important in this particular movie.  Extras are mostly carry-overs from the previous DVD editions, but remain extensive with several documentaries and featurettes, trailers, deleted scenes and outtakes.  The only exclusive to this HD release is a feature-length bonus called ‘breaking the silence’ that has the movie playing as interviews with the cast and film makers pop up as well as interesting bits of trivia.  An audio commentary would have been nice but is sadly absent.

1 thought on “The Silence of the Lambs”