I don’t know why I haven’t seen more movies starring the simply quite delicious Charlize Theron.  Despite her wealth of accolades, an Oscar nod and a healthy fan base, her talents have  so far (for the most part) passed me by.  So this latest entry to her quite prolific cannon sparked my interest. 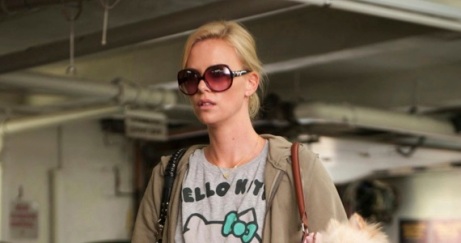 Theron plays Mavis (!) a writer on a series of successful ‘young adult’ aimed novels, who following a divorce and in the middle of a mid-life crisis, chooses to return to the small town where she grew up with one clear aim – to win back the boy she fell in love with in high school.  Only one catch – or two actually.  He’s happily married, and his wife has just had a baby.   Co starring the underrated Patton Oswalt as the nerdy guy who had a crush on Mavis in high school, and Patrick Wilson as ‘the one’, this is an instantly likable and entertaining comedy-drama.

Penned by current Hollywood go to gal Diablo Cody, this is full of the kind of sharp dialogue and clever one-liners that were so memorable in Juno.  Although the idea gave me a feeling of deja vu, and some of the stronger langauge felt a little unnecessary … Theron holds proceedings together with what should have been an Oscar-nominated turn (tutt tutt), making what is essentially a marriage wrecker, someone I ended up liking.  She was the girl who was meant to have it all, make it big, become somebody.  Yet approaching forty, it hasn’t quite turned out like that for Mavis – so who can blame her for trying to turn things around?