Following a life shattering ‘incident’ former career woman Tilda Swinton attempts to rebuild her life, but soon finds the past and the present are not things she can run away from.  Somewhere at the centre of her problems is Kevin, her troubled and disturbed teenage son. 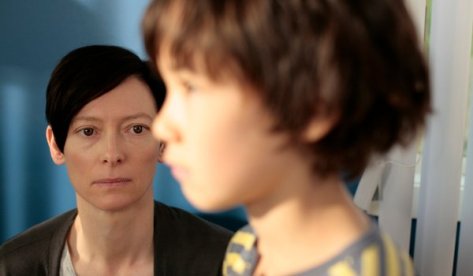 Co-starring John C Reilly and based on the acclaimed book by Lionel Shriver, this intelligent drama kept me hooked with its clever direction and splintered narrative.  Directed by Brit Lynne Ramsey this is a thought-provoking and well acted movie with a particularly strong turn from Swinton even if the likable Reilly is a tad under-used.  I found the way the story was told, with the looming shadow of something bad having happened, but the viewer not being let in on what … was very unique.  Although a simple story at heart, the director’s often unnerving use of reoccurring sounds and colours (especially ‘red’) made this much more than the some of its parts.  I would have appreciated a bit more incite into the character of Kevin, what made him tick etc, and the ending although I guess realistic, left me asking too many questions.

Yet as an example of social commentary this certainly highlights issues all too real in our world, be it troubled children, un-supported parents or the dangers of allowing problems to get swept under the carpet.  Swinton’s character was heart-breaking and the young actor playing Kevin certainly has a career of nutcase roles to look forward to, with a fine line in evil stares.

2 thoughts on “We Need To Talk About Kevin”