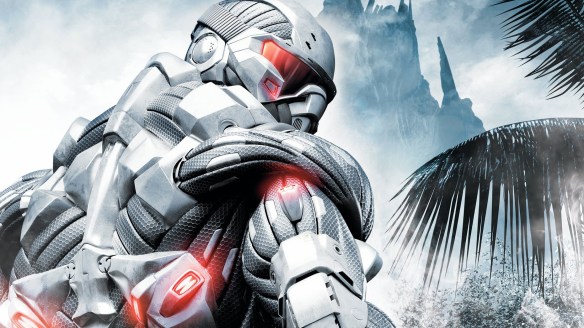 Whilst I enjoyed Crysis 2, I felt that it was a little rough around the edges and didn’t quite deliver the fully immersive experience I was hoping for.  Crysis #1 however, the famed graphics-intensive PC hit that crippled even the most powerful of gaming PCs has arrived as a download-only release, for about £15, and promises to show us console owners what we’ve been missing for the last four years since the game was first released.

Now a four year old game you might think would feel dated, but I can confidently say this has all the polish and visual excellence of a full priced game, and with a near 20 hour single player campaign and a huge tropical island to explore, value for money can never be questioned.  Crysis has you playing as Nomad, a highly trained super-soldier sent into investigate a mystery discovery on a remote island.  Problem is the Korean Army have already arrived there, and before you can find out what has happened, you must take on their forces.  This game plays like a mix between Battlefield and Far Cry 2 with a stunningly realistic world, intelligent enemy A.I. and a wealth of weapons and vehicles to use to ‘blow shit up’.  The fun here is the freedom you have to approach objectives however you see fit, and how you can detour from your path and just go exploring.  Using the famed Nano-Suit to switch to cloaked camouflage or maximum armour or the ability to run at high-speed is as much fun as it was in Crysis 2 even though the suit is in it’s profile 1.0 version rather than Crysis 2’s version 2.0 meaning some modes are not available.

For a game heralded as ‘not possible on consoles’ and being one of the most acclaimed games on a graphical point of view, this XBOX 360 version runs very smoothly and looks fantastic.  I can safely say that its one of the best looking open world jungle / island set games I have ever played, and although some interior scenery is a little cut & paste and lacking in detail, the wealth of effects, excellent lighting and distructable scenery means that even on consoles, Crysis is a beauty.

Crysis originally came with a multiplayer mode, but that isn’t available here.  Crytek focused on porting over the single player, and have done a fine job, but for taking out one mission where you get to fly a jet, which apparently wasn’t that good anyway.  Otherwise it’s all here – and it’s brilliant.