Well, I went and done it.  I now have a Playstation 3.  I went for the new ‘slim’ redesign (pictured), and have to say am very impressed with it, aesthetically.  My impressions of the machine, is that as far as online goes, I haven’t had chance to try out what multiplayer is like yet, but the Playstation Network, with the store etc is very impressive and easy to navigate.  The wealth of content here too is to be commended.  As a fan of XBOX I’m not going to compare the services, as I don’t want to knock either system (yes, splinters in my ass from sitting on the fence).  Other than that the design of the user interface is well done and there are lots of options to tinker with.  Playback of Blu-ray content can not be faulted either and access to BD-Live functions is a valued extra feature you may not normally use on a stand-alone player. 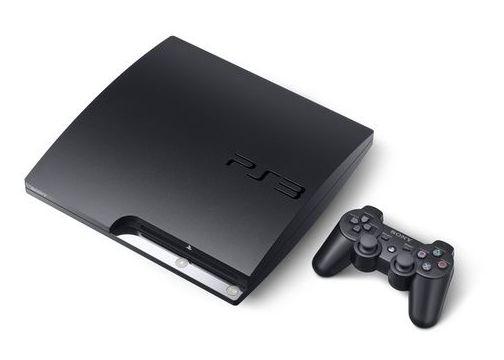 Games-wise I have been playing Ratchet & Clank: Tools Of Destruction and download game Pixel Junk Shooter, and both have impressed me.  I also checked out the demo for Kill Zone 2 and was suitably astonished by the graphics and atmosphere, even if the sluggish controls will take a bit of getting used to (the PS3’s duel-shock controller, as with the controllers on PS1 & 2, never really suited first person shooters in a way the XBOX & XBOX 360 controllers do).  But this is early days, and I have much to look forward to, especially the likes of Uncharted 1 & 2, and in the coming months, Final Fantasy XIII.

Thats not saying that the 360 is going to be overlooked.  I am still playing Shadow Complex, and aim to get hold of Bayonetta in the coming weeks.  I am also looking forward to Bioshock 2 and Alan Wake this year.  So looking to the year ahead, I feel I am in for some real treats.